QuadraLean Review: Does it Work? 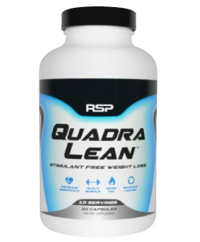 QuadraLean is a weight loss pill made without stimulants, while claiming to trigger 4 important weight loss factors. This includes reduced appetite, increased metabolism and energy, and the release of stored up body fat.

It’s made up of fatty acids, amino acids and just 4 key main ingredients. This includes a proprietary formula, a patented ingredient, raspberry ketones, and garcinia cambogia.  This supplement is also targeted more towards people who already exercise, but need an extra push. What can you expect by using this supplement? Is it truly effective and safe? Everything is covered in this review from customer opinions, company history, whether or not this ingredient is safe, and several other important questions.

QuadraLean Ingredients and Side Effects

It’s a well-studied studied ingredient that can also be found in meat, dairy, and cheese products. Since it’s already in several foods, people will often have sufficient amounts of it.

The intended use of this ingredient is to reduce fat mass.  This has not been shown to be particularly effective for weight loss however. Examine.com confirms this by saying:

Though Clarinol is a patented version of conjugated linoleic acid, the only studies performed on this specific strain have only been funded by the makers, so there’s a potential for bias.

This ingredient has also been shown in supplement form to potentially cause:

One study performed by the European Journal of Nutrition showed that conjugated linoleic acid:

This study was conducted over a 6 month period, with independent reviews to make sure the studies were conducted fairly. There were no signs that this ingredient would be a functional weight loss ingredient.

Garcinia Cambogia: This fruit is native to parts of Indonesia; it was first used simply for cooking, but it has now been shown to help with weight loss via its potent extract HCA.

In order for it to produce a fat loss effect there has to be sufficient amounts of its key ingredient. It’s unknown how much total HCA is added to QuadraLean. No information is present about the strength or exactly how they process this ingredient.

The manufacturers do state there’s a total of 500 mg of garcinia cambogia extract, but no further information is provided.

Acetyl-L-Carnitine:  Amino acid made by the body to help produce energy. It’s also neccesay for proper heart and brain health, as well as several other important processes.

This ingredient is not required in most people, since many foods contain enough of it to produce a healthy effect.

This ingredient is added to supplements to help with fat burning, though Examine.com adds:

This kind of deficiency is only seen in people who are either malnourished, vegan, or vegetarian.  The Linus Pauling Institute has also refuted health claims made about this ingredient:

The consensus on this an all carnitine strains is that extra supplementation is not necessary. There hasn’t been any proven benefit seen in clinical studies, showing that supplementing with extra amounts would actually be beneficial.

Propionyl-L-Carnitine: This amino acid is similar in structure as acetyl-l-carnitine.

It’s unknown if this ingredient is any different, or if they can be exchanged.  Possible side effects may include:

There’s a lack of information on whether or not this ingredient is unique in its abilities, in comparison to other forms of carnitine.

Carnitine Tartrate: This amino acid is already produced naturally by the body. It’s often only taken as a supplement in people who are deficient, or to aid in fat loss.

Much like the other forms of carnitine, this ingredient has not been shown to help with fat loss in people who aren’t suffering from a deficiency. The 2 good ingredients which have a weight loss effect are raspberry ketones and garcinia cambogia. Though without knowing the HCA content of the added garcinia cambogia, it’s impossible to tell how effective it can truly be.

The other added ingredients have shown both potential side effects and a lack of weight loss. The carnitine blend for example isn’t necessary, since it’s already found in several foods.

A deficiency requiring conjugated linoleic acid and the carnitine is rare, and only in people who are malnourished. For the very best brands offering significant ingredients you can click here.

The quality of ingredients in QuadraLean is lacking in real functional weight loss results.  There’s no consensus that the fatty acids and amino acids would actually help with appetite suppression, fat loss, or increased energy.

The Price and Quality of QuadraLean

At the time of this writing the official website does not have this supplement listed. 3rd party websites do sell this brand. A 25 day supply sells for $19.97 on one website.

The makers of this brand are RSP Nutrition, LLC, and they can be reached below:

Returns are only allowed for products bought from the official company, and only if returned unused and unopened.

Not much information exists about the company that’s not already on their official website. The company was alleged to ask people to leave great reviews on the Bodybuilding.com website.  This was all alleged by the SupplementReviews.com group.

When reviewing this company, for unknown reasons their official website does not list this supplement any longer.  This makes it impossible to know if 3rd party retailers are actually selling fresh batches of this or if the company has either stopped making it, or is temporarily not producing it.

Here are some select reviews from users found online:

“Not sure if it worked or not”

“This hasn’t curbed my appetite at all”

“Don’t recommend it, does not work at all”

Currently 96 different customer reviews said that this brand did absolutely nothing at all. No changes in weight, appetite reduction, or any weight loss benefit. This was even experienced by people who made sure to diet and exercise.

For real functional solutions for weight loss, you can click here.

Though there are some positive reviews for QuadraLean on Amazon.com, many of these aren’t from certirifed purcahses. This means people who didn’t biy this brand officially have left a posirtive review.

Due to the possibility for forged reviews, it’s important to make sure to look at only certified reviews. The majority users failed to see any difference by using this brand.

Before you make a final decision on whether or not to purchase QuadraLean, it’s important to look over key details. There are only 2 ingredients in this that aren’t already found in natural foods. The body makes most of what’s offered in this, and there’s no need to further supplement with these additives. There’s also been a overwhelming lack of weight loss results experienced by customers. There’s a concensus that this brand isn’t useful for any of its clamed benefits, and no money back return is offered on used bottles.

There are much better options such as the 2023 supplement of the year that’s named Sletrokor.

This all natural weight loss formula is made with non stimulant ingredients that have been clinically studied. That’s why several customers have enjoyed tremendous weight loss results, and you can read these impressive testimonials on their website.  This brand is made to help with appetite suppression, metabolism increase, improved mood and immune function, and regulated blood sugar to name a few benefits. It’s also free of any fillers or binders, only pure carefully selected ingredients are added.

There’s even a full 30 day money back guarantee offered on Sletrokor. If for any you reason you don’t like it, returns are offered with no questions asked.

I’m so upset with myself for ever believing that this product would work for me. Not recommended.

I think I just my hard earned money on another scam. Would have felt a lot better giving it a charity organization.

My friend Vincent dislike it their method of customer support is shabby.
My friend Vincent had a horrible reaction to this shady product with upset digestive system and had a chellenge with a shipment!Don’t take anything unless your medico approves it.

Took this for two week. I gained a lot of weight which I know to be fluid. I started having real bad indigestion and stomach pains. I got really bloated. I would experience bouts of loose stool and diarrhea.
Not the product for me. 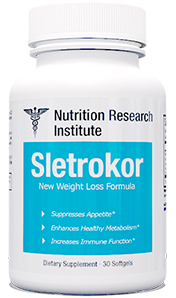