Calorad Review: Does it Work? 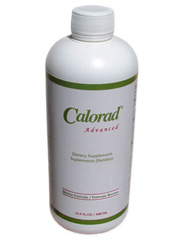 Calorad is a weight loss drink made as a way to improve lean muscle growth for increased weight reduction. It’s claimed to promote this effect by providing collagen, the protein structure found in tissue.

The supposed benefits to taking this are improved sleep, more energy, overall toning of the body, and a sense of wellness. They claim over 30 years of experience has made this a potent drink that millions have tried. They also suggest there’s an 86% success rate in the first three months of use. So are there any benefits to this? What kinds of effects are possible? This Calorad review will give you the information needed to decide if it’s worth it.

Calorad Ingredients and Side Effects

Not much information exists about this ingredient from websites which don’t already try and sell this.  Though collagen is considered safe, it’s not a well-rounded amino acid protein.

According to the Protein Digestibility Corrected Amino Acid Score or PDCAAS which shows how potent a protein source is. Collagen has a rating of 0.8. This means it’s a poor amino acid source, and that further supplementation with other proteins is needed to make up for the lacking amino acids.

If one does not substitute other forms of protein, it can potentially cause malfunction in the body. This is because amino acids are fundamental for regulating many important functions.

Aloe Vera: Antioxidant rich plant which improves digestion and relieves constipation. It has been shown to be safe to use.

This is cheap in price, though it has been shown to be a healthy ingredient.

Sodium Benzoate: Preservative most commonly found in liquids. When this ingredient is mixed alongside sorbic acid, it’s known to form benzene. Taking benzene can have a toxic effect on the body.

Citric acid is a form of vitamin C, and since vitamin C can interact with sodium benzoate to create benzene, it’s possible for benzene to be made when drinking Calorad.

The Cancer.org group has mentioned that benzene can cause serious health problems. The group adds:

Other possible effects are possible:

“as well as acute lymphocytic leukemia… and other blood –related cancers”

The negative health effects can also be found when drinking this ingredient.

Therefore the intake of this drink should be of concern. The possibility for a benzene contamination is incredibly dangerous. It’s unknown how much is produced when one drinks Calorad.

Potassium Sorbate: A potassium salt used as a preservative. According to the EWG which helps track ingredients safety, potassium sorbate can lead to problems:

“potentially causing harm to DNA, potassium sorbate may cause an allergic reaction”

One study by the Toxicology in Vitro journal found that this ingredient caused damage to human blood cells.

Citric Acid: Organic acid found in citrus foods, it’s used to preserve and to add a sour taste to foods.

Though this is generally recognized as being safe, when mixed with sodium benzoate, there’ a possibility of it creating a dangerous form of benzene. There are 2 major concerns when using this drink. Not only is collagen protein a weak and incomplete protein, but it requires extra protein due to it causing deficiencies in the body by itself.

Also, the combination of citric acid and sodium benzoate has been shown to potentially create benzene. This ingredient is cancer causing, and studies have shown it to create tumors.

Also, there’s 3 forms of preservatives added to this liquid.  There’s also water added, and glycerin to add a sugary taste. Only 2 of the 8 ingredients are added to help have a positive health benefit. The majority of this is just to preserve and to add substance and flavor. So the majority of the cost is on ingredients which have no nutritional benefit.

Aloe vera can be used for much cheaper from other sources. Also, the added collagen is a limited ingredient that has not shown any great health benefits. The lack of usefulness for many of these ingredients makes this a poor diet tool.

The Price and Quality of Calorad

This is exceptionally high when you consider only 2 of the ingredients are intended to have any health benefits. The rest is ingredients added from flavoring, to preserve, and to provide more of a liquid consistency.

Collagen is a poor protein source since it’s limited in its amino acids. You’d have to make sure to get other forms of protein to make up for the lack of amino acids found in collagen. There’s also no information on whether or not this ingredient is effective for weight loss.

Aloe vera is beneficial, but it’s much less expensive to get it in other forms. There’s no reason to have to pay extra to get it inside Calorad.

Overall, the quality is several lacking in this drink. They also fail to provide their own amino acid score, likely because this brand has an ineffective protein in collagen. The company does advise not to rely on this drink, and it’s not considered a meal replacement.

Information on the company is limited to a few details, though they do offer their contact information:

The company once made claims of this formula being able to cure certain diseases. They still make bold claims, though the clinical studies they offer are not from peer reviewed or respected studies.

The weight loss claims were also said to be supported by a clinical study, but this was never published.  Without looking at the data, it’s impossible to determine for oneself whether it was a legitimate clinical study.

No information on whether or not their return policy is valid is featured on any customer review sites. Very little information exists on this company beyond their Wikipedia page. This is concerning when you consider they make many claims, and that the company has been around for over 15 years.

Not many reviews are available online. Here’s what a few select customers have experienced with Calorad:

“I had no weight loss”

“Waste of money. Does not work”

“I was GAINING weight!”

A lack of weight loss benefits was the most common complaint. Some mentioned they did feel their skin and hair improved, but no other benefits were cited. This is common in collagen, as it’s what provides structure to the skin, hair, and nails.

Some didn’t like the taste, and these people said it was much too sweet tasting.

Since the company claims that over a million have already used this drink, it would make sense for there to be more reviews. There’s hardly any information available, and only a few reviews have been listed online.  This means that either the company isn’t telling the truth, or that users of Calorad have not been impressed enough to want to leave a review.

How Does Calorad Review Compare?

Before making a final decision on Calorad it’s important to look past all the health claims made which have not been proven. This drink does have an interesting claim of having helped millions, but they fail to provide any testimonials to prove this. Their clinical studies on weight loss are also not published, so it’s unknown if they’re telling the truth.

Customers are limited, and the few who have left their opinions mentioned they failed to lose any weight. This is likely due to the low amino acid score of collagen. Also, only 2 of the ingredients are intended to have a positive effect on health. Though they’re both limited since aloe vera is only meant for digestion, and collagen is not a weight loss ingredient.

A much better solution is found in 2023’s best meal replacement 18Shake. This shake has only high quality protein that can help with lean muscle growth as well as appetite suppression. You can also view their amino acid score, which is high enough to satisfy as a full meal replacement. Many have also lost significant amounts of weight by using this formula. You can read real testimonials to show why this shake has impressed so many customers.

18Shake is even supported by a great 30 day money back return policy, its reasons like this that customers continue to use this shake for their weight loss goals.

Thank you for the warning!

My doctor don not like this product, their ad is poor.
I had a horrible reaction to this poor Diets in with problems in stomach and had an issue with a shipment. Friend recommended me never try this product.

I had a bad reaction with Diets in through feeling upset stomach and with the customer support.

Ok so im currently taking well was taking calorad which was suggested by a friend and i have not lost an ounce actually i gained 5 pounds within the 3 weeks I’ve been taking it. I have also notice stomach bloating and constipation. I was promised that i should see results in mood swings, sleeplessness and some weight lost no such luck however i am noticing more joint pain which was suppose to be another added benefit of this supplement. Im going back to Elida health food store to get a refund and give a review.

I’m a chonky boi and I was recommended this drink to lose it. I drank it every day for a three months and ilost nothing! im stil dummy thick. donot take this you will keep the pounds