Nutrisystem Shake360 Review: Does it Work? 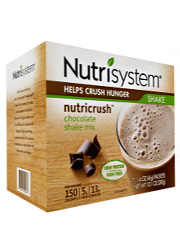 Shake 360 by Nutrisystem is a meal replacement shake made with probiotics, antioxidants, and 15 vitamins and minerals. It also contains plant based protein and the manufacturers suggest drinking one shake a day for results.

Two different flavors are offered in chocolate and vanilla berry. They contain no lactose and instead use a vegan and soy free formula. You can mix these shakes with cold water and ice, and they can be mixed inside a shaker bottle with no need to blend. Our review experts have rated many different meal replacement shakes, and the most nutritionally dense and beneficial for weight loss was found to be 18Shake. This all natural meal replacement has high protein and fiber to suppress appetite for hours. Learn more about the benefits of 18Shake by clicking the link here.

Shake 360 Ingredients and Side Effects Here are the full ingredients to the vanilla berry flavor:

Pea Protein Isolate/Concentrate: Legume extract which is lacking in important amino acids. This is often why it’s mixed with other forms of protein such as rice.

There are insufficient levels of the amino acids cysteine and methionine, which can cause nutritional deficiencies.

While high protein is important in a meal replacement, there can sometimes be lacking amino acids which the body needs to regulate itself.

Rice Protein: Easy to digest form of protein that is low in the amino acid lysine. It can also lead to side effects such as indigestion, diarrhea, and stomach pain if eaten in large amounts.

It is a cheap protein source and is often added to vegan based meal replacements.

Cane Sugar:This sweetener is sucrose based and is taken from sugar cane which is a tropical plant. The vanilla berry version of Shake 360 has 7 grams of sugar, while the chocolate has 6 grams per serving.

The American Heart Association advises for men to limitthemselves to 36 grams of sugar, and for women the allowance is 24 grams a day. High amounts of sugar can potentially lead to obesity and cardiovascular damage.

In reviewing many different kinds of meal replacement shakes, our experts have determined which are the very best, which can be seen in the link here.

Guar Gum: Thickener and binder which is a fiber source added to improve digestion and suppress appetite. It’s highly advised to take it with water as it can lead to blockages in the throat and intestine.

Other possible side effects can include:

This ingredient will often be added to processed foods as a cheap additive.

Cellulose Gum: This ingredient is taken from the cell walls of plants to help thicken and bind other ingredients. A clinical study by the International Weekly Journal of Science called Nature determined cellulose gum:

This can potentially increase the risk for dangerous side effects and make weight loss harder.

Carrageenan: This fiber source is a thickener and binder that is extracted from edible seaweed.  There have been mixed studies with some claiming it to be potentially harmful. Possible side effects can include:

A list of the highest rated meal replacement shakes is made available in the link here. The reason why these shakes feature a blend of rice and pea protein is due to their limited amino acid profile when taken on their own. There’s also a high 170 calories per serving, which is much higher than other meal replacements. When losing weight it’s important to limit calories as much as possible, Shake 360 has almost double the amount of other shakes.

There’s also a high amount of sugar which can make weight loss more difficult. There are wholesome superfoods added, but they’re not in significant enough amounts. There’s also a blend of gums which are cheap substitutes for fiber.

The protein contains a high 16 grams of protein per serving, but there’s not enough in this shake in terms of wholesome ingredients. The link provided here has a list of the highest ranked meal replacements.

The Price and Quality of Shake 360

Two flavor are offered in chocolate and vanilla berry which are sold in individual packets at $79.99 for 28 servings.

This shake is incredibly expensive for what’s a vegan based pea and rice protein mixture. There’s also many added cheap thickener and binders which are often added as fiber substitutes. Furthermore, the high amount of sugar is also a cheap additive that’s only added to flavor these shakes.

There’s many cheap ingredients found in this shake, and it’s clear from the added fruits and vegetables that they’re not as potent as whole extracts. There are very little vitamins and minerals which suggest that the added whole foods are either added in low amounts, or they’re heavily processed.

Click on the link here to see a comprehensive list of the highest rated weight loss shakes.

Themakers of this shake are the Nutrisystem, Inc. company. Their contact information is listed as:

Their Better Business Bureau page has a total of 259 negativereviews. The majority 100 are from people who have had issues with the products or service. An additional 81 people complained about advertising and sales.

The company also enacts an auto-shipment policy, which is a way to lockpeople into monthly contracts that automatically charge their credit card. Customers have had complaints and they’ve had this to say:

“felt like I was robbed by this company. They essentially stole money from me as far as I am concerned”

There were repeat issues with a lack of customer service and people who complained about the auto shipment. People added that the customer service representatives were unhelpful, and that they felt they were challenged at every step.

A list of the most effective weight loss meal replacement shakes are featured in the list here.

Here are a few quotes from users:

“Not only are these shakes disgusting, but the customer service is disrespectful”

“The texture was gritty like sand, did not dissolve, the taste was unbearable”

“The product is nasty and gritty”

“Tastes gritty, can’t get used to them”

People have found this shake difficult to drink, and the only positivereviews exist on the company’s own page. It’s unknown if these are biased reviews.

Users from other websites mention how these shakes do not blend well, and that they have a unpleasant and undrinkable flavor. Customers tried to even use blenders but they found it did not mix well.

Shake 360 is claimed to be an easy to mix shake that can be blended with a shaker bottle, but customers have disagreed and say that this isn’t enough.

The company’s official Facebook page has only negative reviews from users who have tried to add different amounts of liquids to help make it mix better with no success.

How Does Shake 360 Compare?

Shake 360 offers a high amount of protein at 16 grams and fiber at 6 grams per serving, but this comes from cheap thickeners and amino acid lacking pea and rice protein. These shakes have also been criticized by users due to their taste and difficult to drink consistency. There have also been issues with people who felt that the auto-shipment program was difficult to cancel, and that the customer service staff is unhelpful and even rude at times. It’s also an incredibly expensive shake for the quality of ingredients provided. These shakes have also been criticized as not having an appetizing taste.

Our review experts have rated many kinds of meal replacements and they found the most effective for weight loss is 18Shake. This meal replacement has high quality whey protein and a appetite suppressing fiber which can satisfy for hours. It’s also low in calories and sugar at just 90 calories per serving and 1 gram of sugar from stevia. Customer testimonials are also featured on the official website from users who have lost significant amounts of weight. It has no added preservatives, colors, or artificial additives.

18Shake is also supported by an entire 30 day money back return policy. This allows users to try this shake risk free with no questions asked. Discover more information about 18Shake by clicking on the link here.

What is the full ingredient list for the chocolate?